Having a clear understanding of the levels the market is drawn to and/or rejected from provides a huge trading advantage. I'll share with you the market analysis and trading techniques that are the basis of strategies Wall Street institutions pay thousands per month to receive! 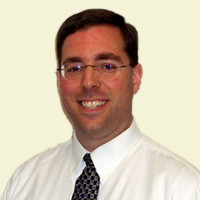 Dr. John Forman holds a PhD in Behavioral Finance with a specific focus on the performance of individual (retail) traders in the financial markets. John has over 30 years experience in the markets, both personally and professionally. He was a market analyst at Thomson Reuters for many years (going back pre-merger), covering basically the full spectrum of markets. John is the author of The Essentials of Trading and Trading FAQs.. He's also authored literally dozens of articles for trading related publications and has been featured on TV and radio interviews.

Here's a recent example of my analysis and trading strategy for the S&P 500 futures, straight from the service on which I write each day.

Notice how the market went right up to the 1370 level straight after the opening bell and immediately turned around. It then dropped right down to 1347 about two hours later (30 minute bars), then bounced from there.

Traders would have made money on both those calls!

Later in the day, after the 1347 finally did give way, I indicated that 1330 was the next major bottoming area. As you can see, that indeed came to pass, not just once, but three times.

How many points was that analysis worth? It depends on how you specifically chose to trade it, but certainly at least 20 and potentially upwards of 40 or 50. If you're an S&P futures trader you know that's a profit of at least 20%, and possibly 50%, on your initial margin requirement - in just 1 day!

Granted, you don't see 40+ point ranges in the S&P every day. But what if you could grab even just 5 points per day? That's like 10% on your margin. A great many traders have done extremely well for themselves doing just that sort of thing.

Works for any market, any time frame.

Not a stock market trader? Or maybe you don't trade short-term. Not to worry. I cover a lot of markets in my own trading and I can tell you that this methodology I'm going to show you...

Here's an example of a forex trade I did for myself using the very same approach.

In fact, this trade was on during my vacation. I put it on before I left and when I came back I'd booked more than 500 pips!

Based on how the markets really work.

Most traders never stop to think about what's happening at the most basic level when prices move and trades are made. That means they don't really understand what true support and resistance is all about.

The charting method to which I'm referring is sometimes called Market Profile®. I've also seen it referred to as TPO Charting, Volume at Price, and some other names. For simplicity's sake, I just call it price distribution analysis. Unfortunately, not many people have been exposed to it.

At its core, this price distribution technique is a charting method which, as the name implies, focuses on price (and volume for markets where that information is available). It uses no indicators. It's not a trading system. Please be aware of that.

Price is how the market attempts to optimize transaction flow and charts are generally the most efficient way to present the movement of price over time. Through the charts we can see how the markets are moving price to serve their needs, and of course by extension the needs of traders and investors like ourselves.

And through those charts we can see where the market is likely to go next.

Get the biggest profits out of each trade!

When you know where the market is likely to go - where the major support and resistance levels are - it makes trading so much easier. You can manage your trades better, squeeze the most profit out of each position. This is one of the simplest ways to benefit from learning the techniques I will share.

I began using this methodology almost 15 years ago when I first started as a market analyst and I love it more and more each day!

What I'm going to show you is what I use every day to identify the important price levels - the ones that the market will invariably be drawn to. And each day I watch them get hit. It's so amazing to see it happen time after time after time. My co-workers would tell you that I often shake my head at how well this stuff works!

Ever wanted to buy the low and sell the high?

Of course you have! We all have!

But how often have you been able to say you did? Using this technique it happens to me more frequently than you'd think possible.

Want to guess what happened?

As traders we're always on the look out for those great trade opportunities - the ones where the rewards far outweigh the risks. That's the whole point of the methodology I use and which I'm going to share with you.

It's all about asymmetric risk.

That means having the risks clearly biased in your favor. Most of that comes from know where the market is likely to go, and where it's likely to turn. With that information you can have an excellent idea of how much you will need to risk on a given trade, and how far it's likely to go in your favor. You can then take only the trades which offer the best bang for the buck!

A great many traders struggle with the idea of support and resistance. This method of analyzing price action makes it SO MUCH EASIER!

But it's more than that.

Some levels are likely rejection points while others will tend to operate as attractors. What I will show you will having you seeing that clearly. It will give you a much deeper understanding of support and resistance than you likely ever thought possible!

Traders who have learned this methodology have cited that very thing as one of their biggest takeaways from it all.

You see, it's all about value - an I'm not talking about fundamental analysis here. Each price point where buyers and sellers come together indicates an intersection of value - though for very different reasons. The more trades which take place at a certain price, the more it means folks are coming together on the basis of value, and by definition, that's what the markets are looking for - the levels with the most value.

That's why I've named the course I've put together for you Following the Quest for Value . It's a never-ending quest, of course, but by tracking it you can put yourself in the position to make really outstanding trades.

First Section
Available in days
days after you enroll

As you can see, there are 8 lectures. They only average maybe 30 minutes in length, so you don't need to sit at your computer for hours on end.

In the lectures I cover all the primary elements of the price distribution charting methodology and how I apply it. I also provide some real-life examples to show you how it works in action so you can see for yourself.

And of course you will be free to ask any questions you might have.

Hear what your peers who have taken the course say.

"This course really opened my eyes to the value areas that are created each trading day. I used to wonder how others found it so easy to find support and resistance levels. I did try the classical methods found in books but could never understand the why of it." - Michael D.

"I believe that this is a very important topic for traders to at least understand, providing another very useful tool for us to use. Your efforts are greatly appreciated!" - Peter S.

"Thanks very much for the course. I found it incredibly informative and it has definitely given me food for thought regarding how I can use it within my own trading." - Matthew R.

"Very good and well presented course. It is the kind of course that would be advantageous to study again and again until it became second nature." - Steve W.

"I rather enjoyed the course. The pace was good. And, the material was well presented. I especially appreciated many of John's insights into the market forces displayed my TPO charts. I have the books on MP, but they focus more on the method than on understanding just what it is that TPO charts reveal about price structure." - Stan H.

Will it work for Forex or Bonds?
Absolutely. As I've said, it works for any market.
Is it only for day trading? Do I need to sit in front of the screen all day?
Definitely not. For my work I use it in a day trading fashion, but for myself I use other time frames. Just like with bar or candlestick charting, you can adjust to trade any timeframe you like.
Do I need a special charting package?
You may want one, but it isn't absolutely required. In fact, the charting package you already use might have what you need to look at price distribution charts. Many of them do. You just might need to do some research to find out what they call it. Even if you don't, though, once you understand the concepts I'll be showing you, you can get along just fine with bars and candles. I do it all the time.
Are there specific rules?
The techniques I'll be showing you are discretionary in nature, not mechanical. While I do think it's probably possible to develop a mechanical approach, that is not the focus of what the course focuses on.
Do I need Level II prices, or anything special like that?
Not at all. The distributions are developed by normal prices - opens, highs, lows, and closes. Any normal feed will work. Heck, you can even used delayed feeds like I do.
When does the course start and finish?
The course starts now and never ends! It is a completely self-paced online course - you decide when you start and when you finish.
How long do I have access to the course?
How does lifetime access sound? After enrolling, you have unlimited access to this course for as long as you like - across any and all devices you own.
What if I am unhappy with the course?
We would never want you to be unhappy! If you are unsatisfied with your purchase, contact us in the first 30 days and we will give you a full refund.

Putting it all together...

In this course you will get the techniques I have used for nearly 25 years across the full spectrum of market and time frames to:

Evaluate the profit potential of each trade so you
can pick only the best trades to make.

Develop a good profit taking strategy so you can
take the largest profit out of each position.

At its most basic level what you will learn is a chart analysis technique. Price action is the most important thing and this methodology has that as the entire focus. It uses no indicators of any sort and requires no subscription services.

As you will find, what you will get from this course could very well be priceless. I use this every day advising professional traders, and in my own trading. I know it works from personal experience, and I know your trading will get better if you put it to use.